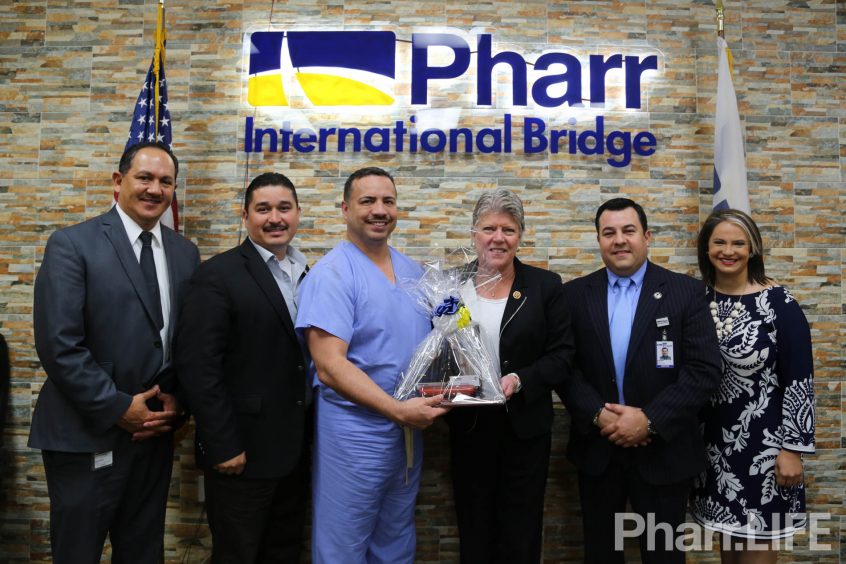 Upon her most recent visit to the Rio Grande Valley, U.S. Rep. Julia Brownley, D-CA, said that planning for the future of trade in the United States means strengthening ties with Mexico.

Brownley was welcomed by Pharr Mayor Dr. Ambrosio Hernandez and Pharr International Bridge director Luis Bazan, who say they wanted the congresswoman to get a sense of how Pharr bridge operators conduct business, as well as the solutions they are offering to move trade and further streamline the process.

The visit by Brownley was also significant as the congresswoman sits on the House Committee on Transportation and Infrastructure and Subcommittee on Highways and Transit.

“Obviously, what we were trying to show is how these shippers come in from the Pacific coast of Mexico, make their way through the country and eventually to our bridge before heading north to get these products to market,” Bazan said. “It’s important that we put ourselves in a position where we are talking about our needs like further infrastructure or funding to get roads built.”

Brownley’s visit was the latest trip by VIPs to the region. Since January, the bridge has welcomed at least 15 members of Congress, most of whom serve on agricultural and transportation committees. The Pharr Bridge welcomes numerous leaders in politics and business on a regular basis to ensure that the powers that be are as familiar with the region as possible, according to mayor Hernandez.

“We want to let them know we are the United States, and the border does not stop in San Antonio,” Mayor Hernandez said. “We are a big artery for them when it comes to commerce, and I would like for our high-level visitors to realize that as the city grows, and as we grow economically, the whole nation benefits from that.

“What better way than to have a tour of the bridge, rather than send mailers out, we have them come themselves and let them visually see it, touch it, feel it, and discuss it so they can understand it better. We are not asking for anything special. We’re just asking them to help us do commerce on behalf of the city and the country.”

A strong proponent of trade with Mexico, Brownley said the United States has an obligation to make sure it travels unimpeded.

“I think trade is extremely important to our country. I think trade with Mexico is important to our future, and to make sure that the United States is able to build product and send it to Mexico and Mexico can provide commodities to the US,” Brownley said. “It’s a healthy thing for the economies of both countries. To see this, healthy thriving ports, it’s good for the American economy. Certainly, my role as a member of Congress is to continue to focus on that. So, to see this is very interesting to me.”